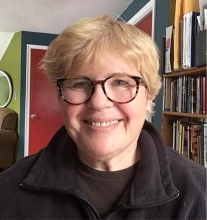 Last week, Black Lives of Unitarian Universalism convened a gathering open to people of all races to reflect on UU theologies centered in the experiences and wisdom of Black people.  All three of your ministers were able to join several hundred other folks who attended, in person or online.  Because it was nearby in St. Paul,  we were able to show up in person.

We attended six plenary sessions reflecting on different aspects of Unitarian Universalism, each with multiple speakers.  Though all were Black, there were radical differences in other identities—gender, size, ability, age, ethnicity/ country of origin, theological orientation.  The variety was intentional and consistent, and the respect for diversity of viewpoint and expression was inspiring.

A couple of the practices at the conference particularly caught my attention.  One was the idea of radical consent.  While asking permission to hug someone is common, at this event we were invited to pay close attention to the energy of the person’s response to such a request—an unenthusiastic ‘sure’ was a signal to us to stand back and give someone space, rather than ignoring the lack of enthusiasm, only hearing the answer we wanted and hugging them.  We were also encouraged to ask if it was OK before sharing intense emotions or information that might be hard to hear, and generally to be sure that our interactions with people were consensual.  I liked that.  It made me pay closer attention to how I interact with people.

Another thing that I noticed was the respect accorded to Black elders.  They were given seats up front, first crack at microphones during question periods, deep love and respect from the attendees. Similarly, children were welcomed in all their noisiness and squirminess as full participants in the event.  I realized how commonly ageism means that certain people are ignored (too old or too young) while maximum attention is paid to the ‘just right’ people in the middle.

All in all the week was deeply enriching, and I experienced what a gift it is to be completely welcomed somewhere.  It was good to pay attention to what radical hospitality feels like.  I hope that you experience that same sense of welcome at UUCM. If you don’t please let me know what’s preventing that for you!  And we’ll pay attention to that!

Each week, the interim ministry team will share a reflection on the Soul Matters monthly theme, the state of the church, or the state of the world. Meg, Terri and Arif will alternate writing this “In the Interim” post. We encourage your comments.