The Performing Arts Series at UUCM offers concerts, musical events and church variety shows to the congregation and the entire local community.

Described as an “exceptional ensemble with impressive confidence in its interpretations” and “Minnesota’s foremost teaching and performing string quartet”, the Artaria String Quartet recently celebrated its 30 year of chamber music concerts. Winners of the 2004 McKnight Fellowship for Performing Musicians, and named 2013-14 Minnesota Public Radio Artists-in-Residence, Artaria was also featured on Twin Cities Public Television as part of the “Minnesota Originals” series.

Artaria’s refined and thoughtful playing has brought them to major venues throughout the United States and Europe, on national television and public radio stations, and at top summer festivals. Artaria has earned numerous awards from the National Endowment for the Arts, Chamber Music America, and the Minnesota State Arts Board for excellence in performance and educational outreach and are founders of the Saint Paul String Quartet Competition, which showcases the nation’s top high school age string quartets each April. Tickets $20 each.

A celebration of our beloved community! Enjoy music, poetry, singing, dancing, jokes, bands, stories, juggling, skits, artwork, photography and many more talents. This event is FREE and fun for the whole family. 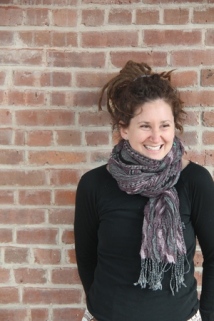 Kristen Graves is a folk/pop singer, songwriter and humanitarian. Mentioned by both Rolling Stone and the New York Times, and given her own day across the state of Connecticut by Governor Malloy for her musicianship and activism, she has shared stages with Pete Seeger, Harry Belafonte, Peter Yarrow, Noel (Paul) Stookey, Rusted Root, Holly Near, Dar Williams, Guy Davis, Dan Zanes, David Amram, and many more. Kristen has released 8 studio projects, and her ninth is entitled Pete Peter & Me. It is a collection of songs – half of the songs inspired by her mentor, Pete Seeger, and half of them sung with her mentor, Peter Yarrow.

In addition to her touring and recording schedule, Kristen makes sure that there is always time to be part of the humanitarian organizations whose work she admires and is inspired by. Spending months living and working with Simply Smiles in Mexico and on the Cheyenne River Sioux Tribe Reservation in South Dakota creates the signature chemistry of Kristen’s performances: a stirring combination of music and justice. With catchy songs, a penchant for story telling, and inspiring lyrics, Kristen delights audiences across the country. Tickets $20 each.

Jon Dee Graham is a guitarist and songwriter from Austin, Texas.  He is the only musician ever to be inducted into the Austin Music Hall of Fame three times.  He has recorded 11 albums and is working on the 12th.  His songs have been recorded by many artists including Patty Smythe, Patty Griffin and James McMurtry.

Bonnie Whitmore is an American musician from Austin, TX, currently based in Nashville, TN. She brings to every show a veracity of honest emotion and vulnerability that almost hurts you in its beauty. Her voice is a powerful one and will command your attention. Also, she is the only known human jukebox to date!

In the current national nightmare, we need to laugh. And we need to hope. Roy Zimmerman’s signature blend of heart and hilarity has never been more necessary. In a career spanning more than thirty years, Roy’s songs have been heard on HBO and Showtime, and Roy has shard stages with icons like Ellen DeGeneres, Robin Williams, George Carlin and many more.

RiZe Up is Roy’s tenth album release as a solo artist. He co-wrote the songs with his wife, Melanie Harby, a three-time West Coast bluegrass guitar champion. RiZe Up is a funny and forceful expression of resistance in the age of Trump. “Satire empowers people,” says Roy. “To laugh is to fight back. To hope is to fight back.” Tickets $22 each, currently available on Eventbrite. More info on Roy here. 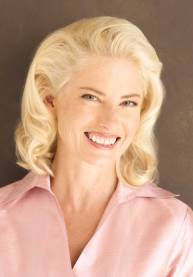 Prudence Johnson’s long and happy career as a singer, writer, and teacher has landed her on the musical theatre stage, in two feature films, (A River Runs Through It, A Prairie Home Companion) on national radio, (several long stints on A Prairie Home Companion) and on concert stages across North America and occasionally Europe. She has released more than a dozen recordings, including albums dedicated to the music of the Gershwins, Hoagy Carmichael, Greg Brown, and a collection of international lullabies. In recent years, her greatest focus has been on creating multi-media works for concert and theater stages that blend performance with her interests in history and literature.

Composer, arranger, producer, guitarist Dean Magraw has fine-tuned his “Heavy Meadow” approach to music from years of performing and recording with some of the finest musicians in the United States, Europe, and Japan. His first recording, Broken Silence, came out in 1994 and won the NAIRD award for Best Acoustic Instrumental Album of the Year. Dean has since produced myriad passionate albums, including his latest  release, Fire on the Nile, a duo collaboration with renowned percussionist, Eric Kamau Gravatt. “Dean Magraw unveils soulful melodic grooves intricately designed to heal the broken dancer, confuse the boldest mathematician, and eradicate ennui in our lifetime.” – Nick Lethert. Learn more about Dean here. Tickets $20 each.

The Minnetonka Civic Orchestra, a chamber-size ensemble, offers members a musical community in which to play their instrument, perform and have fun. The group plays repertoire ranging from light overtures like Bizet’s “Carmen” to full classical symphonies by Haydn, Mozart and Beethoven. Members enjoy being challenged by the music in a relaxed and supportive rehearsal environment. Free performances around the Twin Cities southwest metro area provide satisfying opportunities to showcase great music while giving back to the community.  It is part of the Music Association of Minnetonka (M.A.M.). This concert is FREE, family friendly, and open to the public.